Preparing for the next phase

Southwest Texas is where I spent my formative years. I loved the experience of growing up in a bilingual and bicultural environment. It gave me confidence to maneuver through two cultures and communicate in two languages during the many times I moved around the country. Every time I moved, I always made twice as many friends as I expected. Effective communication was the key to my survival.

I began using English in third grade, but I didn’t use it as an everyday language until I was sixteen when I moved from my comfort zone in Texas to Eglin Air Force Base in Florida.  I suddenly found myself surrounded by people who were not bilingual. My Tex-Mex Spanglish wasn’t an effective communication language to use so I turned to the only language I had been trained in, English.

It wasn’t easy living life at home in Spanish and having to survive the outside world in English. So, I did what any other ambitious soul would do when faced with a challenge; I met the challenge head-on and focused on improving my English.

Leaving my comfort zone in Texas early in life was a difficult risk for me to take but I believe it was the reason for my success. It was different being an outsider, but I found the difference exhilarating. I learned how to communicate effectively through my experiences. I got the opportunity to live what I only read about in magazines or saw in movies. I lived The American Dream. For me that dream included going to college and, I eventually led myself to the University of Oregon where I continued my focus on improving my English until I obtained a Bachelor of Arts Degree in English.

I’ve lived a lot of experiences since my first move from Texas and one of those experiences was obtaining an education which opened doors for me every time I relocated to a new place. I’m at a stage in my career where I believe it is important to take time to give back to the community that raised me and provided opportunities for me. I want to pass on what I’ve learned and share my experiences with those individuals who are growing up in a bilingual and bicultural environment, as well as individuals who may be inspired by my story. It may have been easy for me to relocate and take risks but, it is not the same for many people in my hometown, or hometowns across America. For them I can serve as a role model.

Obtaining a Mater’s in Communication and Leadership from Gonzaga University will solidify my experience while at the same time teach me effective communication skills I can use for as stronger following when serving as a leader.

Obtaining a master’s degree in Communications and Leadership from Gonzaga is what will prepare me for the next phase of my career. 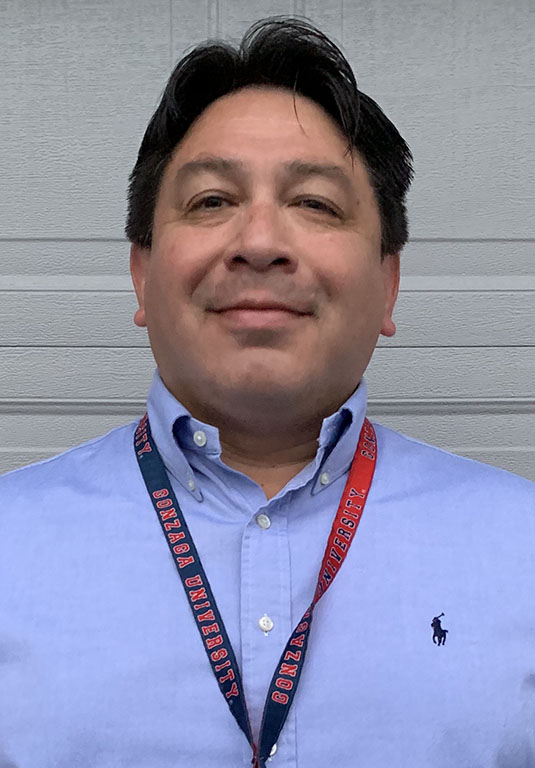 This is drone footage of Eagle Pass, Texas. This is where I spent my formative years.