My first experience with video production included using a 2001 Canon XL 1 Mini-DV camcorder with interchangeable lens ability. The organization I worked for paid about $5,000 for that camera and it was worth it. Today I shoot with a DSLR, my iPhone and a Panasonic camcorder that was far less expensive than $5K.

Videography has changed and I have adapted to the changes by continuing to develop my video editing skills and continuing to learn editing software for higher end production. I edit video on both Mac and PC platforms and mostly use Adobe’s Premiere Pro editing software. I’m also proficient in Final Cut Pro, After Effects, iMovie, and just about any video editing linear software program.

Telling a story with video is one of my favorite ways to tell a story. 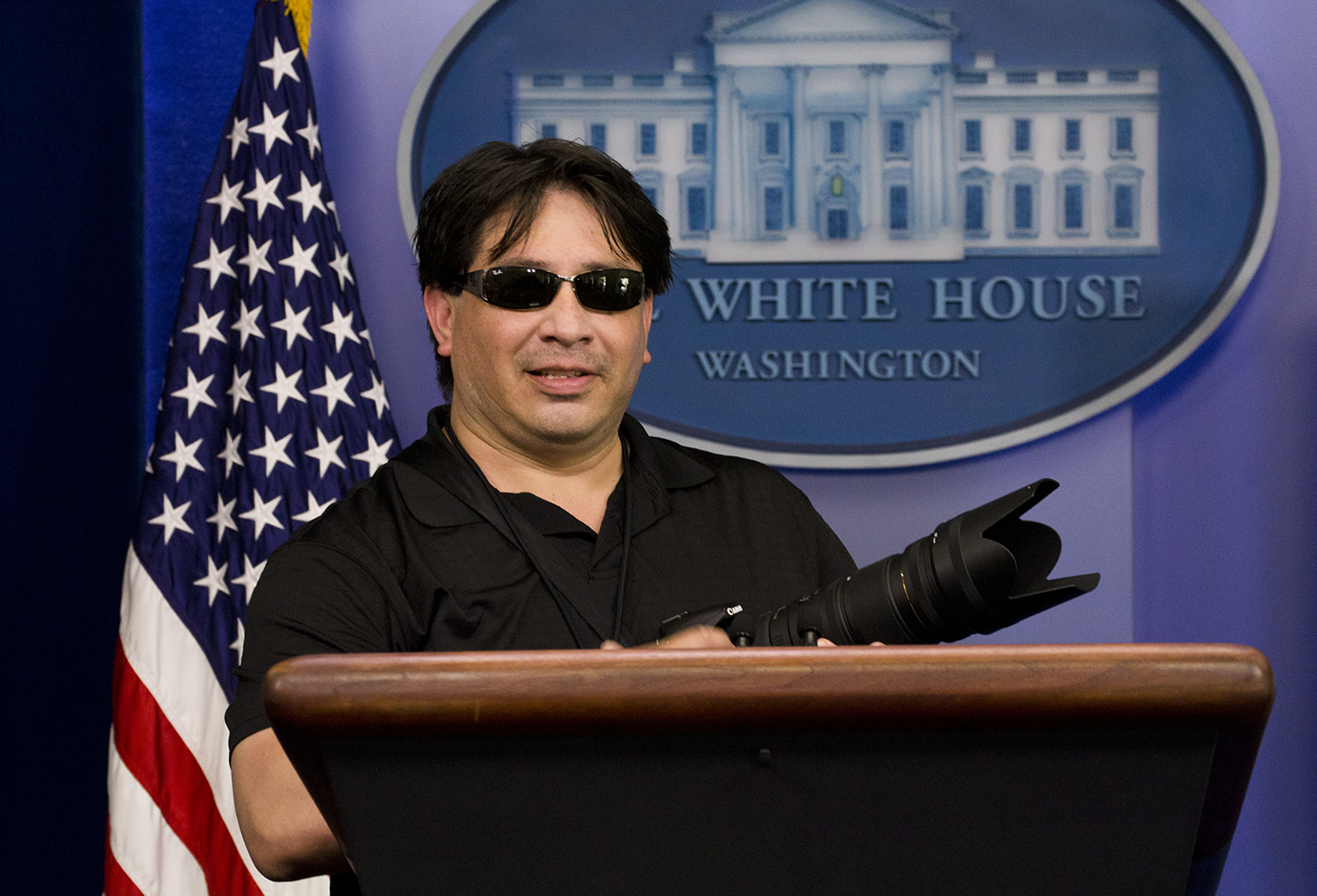 When I was covering events at the White House, I would sometimes take a breather and pose for a photo to remind me where I stood.

These videos are some of my personal favorite videos I created in the past two years. The most current video is the lead video that asks what Cura Personalis means when getting an education at Gonzaga. The production of this video was created in a group setting during a practicum course at Gonzaga University.

The second video I produced for a video production course I took at Western University. The third video was created for Western Oregon University Football team. There was a time in 2017 when I volunteered as a photographer and videogrpaher for their team. The fourth video is of my son Emiliano’s first day of school and the fifth is a from a Stars and Stripes project.

I’m currently working as a communications coordinator at Woodburn School District. My official title is Communications and Community Outreach Coordinator.

Part of my plan to expand communication efforts for the district is to develop external communication channels that will help achieve this goal.

Content development is also part of my job description and I use Vimeo to host the school district’s videos.

The district’s channel is found at: Vimeo.com/WoodburnSD

The following videos are some of my favorite videos from the Woodburn SD collection.

When I started working for Stars and Stripes in 2007, the website was in a transitional stage and I was hired as a web editor. It was a perfect match for my career because I was in a transitional stage as well. Prior to me being hired, I had attended a couple of video editing programs at a private school in Addison, Texas. I attended several training courses in web development, page design, and video editing. I already had a grip on web development and page design, but video editing was a skill I had not developed at that time. And being hired at Stripes.com at this time gave me plenty of time to work on perfecting my skills in web development, photography and video editing.

In 2007 Stripes.com was hosting their videos on a proprietary video platform. This platform is what I used to post videos I created. It was great having the total control this platform provided but our video posts were not getting as many views as the organizations who used YouTube as their video platform.

YouTube had only been around for about five years when I proposed and got authorization to launch their YouTube channel. I launched the channel on September 29, 2010.

Today, YouTube.com/StripesChannel has more than 12M views and close to 17K subscribers. 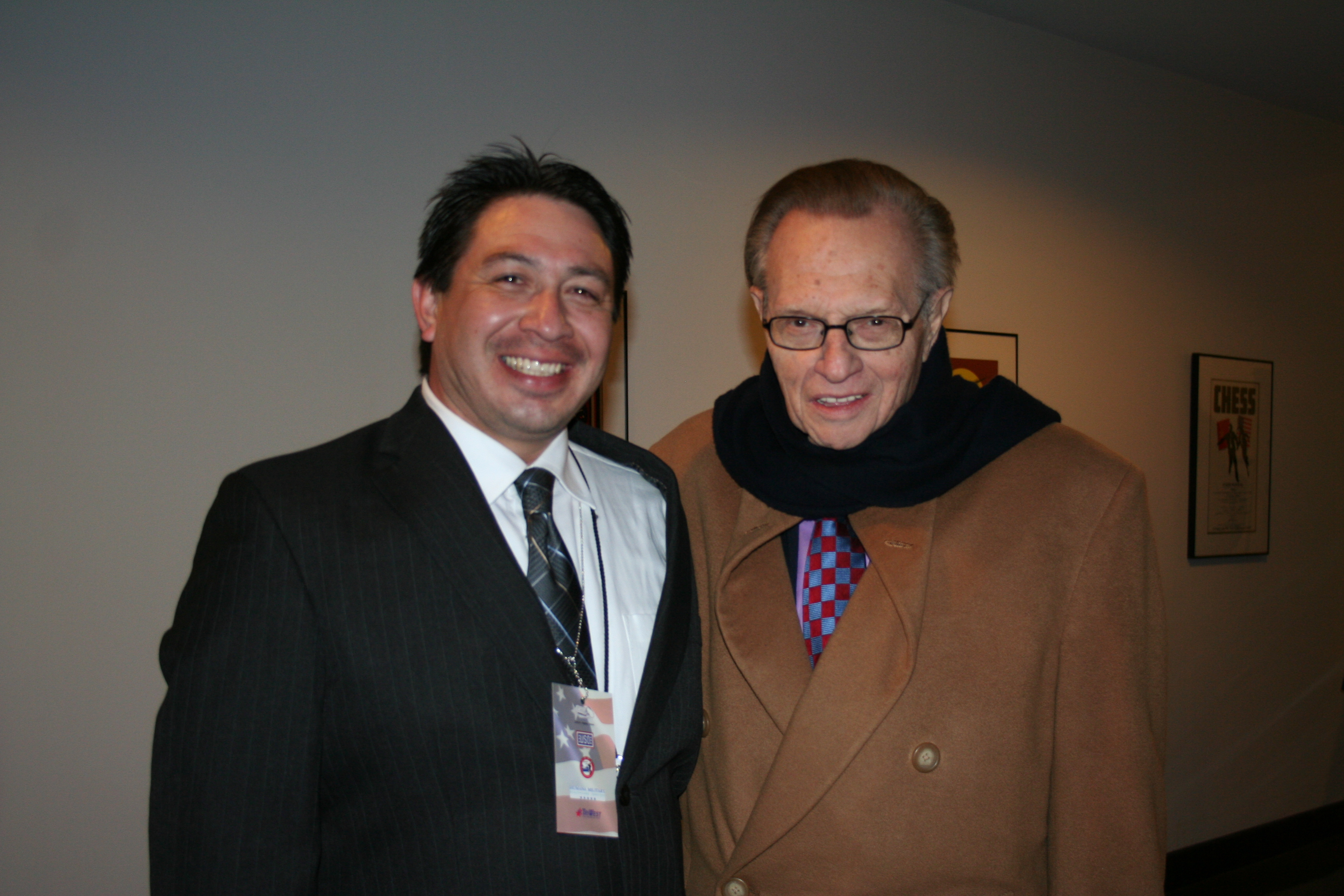 I had been working since 4:30 a.m. when this picture was shot with Larry King at a 2008 President Obama’s Inauguration event. It was about 11 p.m.

“A day at Fort Myer’s caisson horse stables,” was the first video I shot with a DSLR camera. I shot it using a Canon 60D and Rode shotgun microphone. I often relied on reporters asking the questions while I shot the interview and b-roll. In this video, Meredith Tibbetts did an excellent job with her interview. I used their answers to tell my story using b-roll.

“Kyle White reflects on battle that earned him Medal of Honor,” was one of my first attempts at using three cameras. Two of the cameras were used for shooting video and one to shoot photos.

“2012 Army-Navy football game: Final minutes and post-game activities,” was shot and edited before we left the stadium. The Stripes team was excited to have left for home in Washington D.C. that evening. As a team we posted a story, video and a photo gallery within an hour of the time the game had ended. This was after a long day of walking and shooting photos in the cold of Philadelphia.d

“Interview: Lt. Col. Richard Cole, Gen. Doolittle’s co-pilot in 1942 bombing raid,” was shot in Washington D.C. I remember not hearing the voice of this individual when I recorded this interview by Joe Gromelski.

Once I got back to the office and downloaded the video, I was happy to have used a lavalier. It is a bit difficult to hear but the microphone made all the difference.